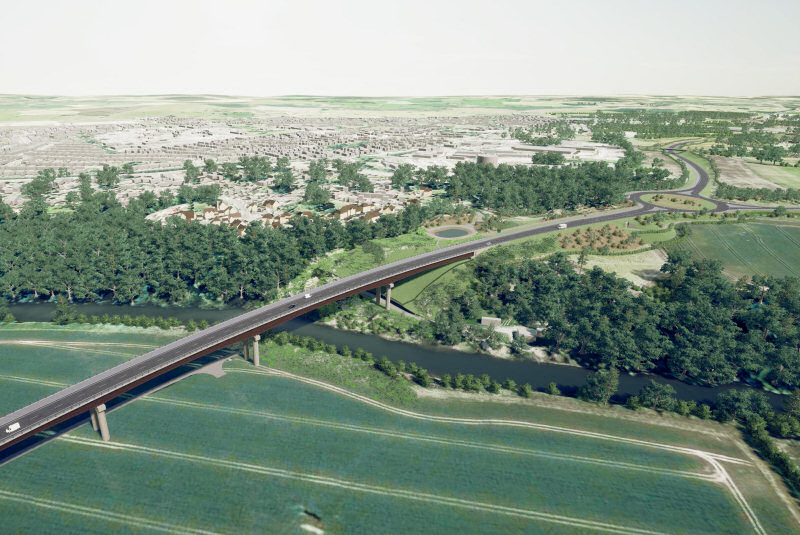 Better Shrewsbury Transport (BeST) campaigners have reacted with disappointment to the Shropshire Chamber of Commerce’s support for the controversial North West Relief Road in Shrewsbury.

A recent chamber survey found that more than three-quarters of its members support the plan’s plans, despite question marks over its costs and benefits.

Mike Streetly, spokesperson for BeST, said: “We are disappointed that the Shropshire Chamber of Commerce cannot see how terrible the North West Relief Road is for the county. The business case figures released by the Shropshire Council just don’t match, not least because they are based on 2010 prices. This means the final bill out of the way, after eleven years of post price hikes. -pandemic and runaway construction cost inflation will likely be well above the £ 80million estimate. “

Mike Streetly says: “Any serious businessman knows that costs that are more than a decade old cannot be trusted, especially not in the construction industry. We are very concerned that the Shropshire Council, already on the verge of bankruptcy due to the controversial shopping center purchase, will make a catastrophic financial decision. If the road turns out to be £ 40million more expensive than expected, will the Shropshire Chamber of Commerce still think it’s a good investment? And if it goes over budget, will chamber members be happy to see it funded by an increase in corporate rates? “

Campaigners also raised questions over claims by Councilor Dean Carroll, portfolio holder for physical infrastructure, that the economic benefit of the road to the county will be £ 327million during a radio debate on the route on BBC Shropshire earlier this week.

Mr. Streetly adds: “Councilor Carroll repeats the flawed analysis of the business case for the road. He only mentioned the benefits and not the costs. If you look behind the headlines, you can see that they are built on smoke and mirrors: half of the benefits are not for businesses or commuters, but rather for a category called “other” – that means that people drive around town to shop and go to school This is exactly the kind of commute we expect to decrease as we move closer to the government’s target of half of all trips urban on foot or by bike. In addition, the overall level of economic benefits is highly dependent on continued traffic growth. Unless the council intends to ignore the government’s goals and its own declaration of climate emergency, there is no way these “benefits” will accumulate.

“The board is supposed to provide an updated business case in the fall, which is to include updated costs and assessed levels of traffic growth. It should also reassess the potential of alternatives such as active commuting and improving bus services to solve the problems. Government research shows that such measures offer much better value than the road and that is what our neighbors in Hereford have discovered. Until council looks at the numbers properly, we remain convinced that there is a real risk that there is a real risk that the construction of this road will bankrupt the county without solving any of our traffic problems. We don’t think this is a good deal for residents, businesses or the County of Shropshire. “

Plymouth Freeport business case to be submitted to government in November