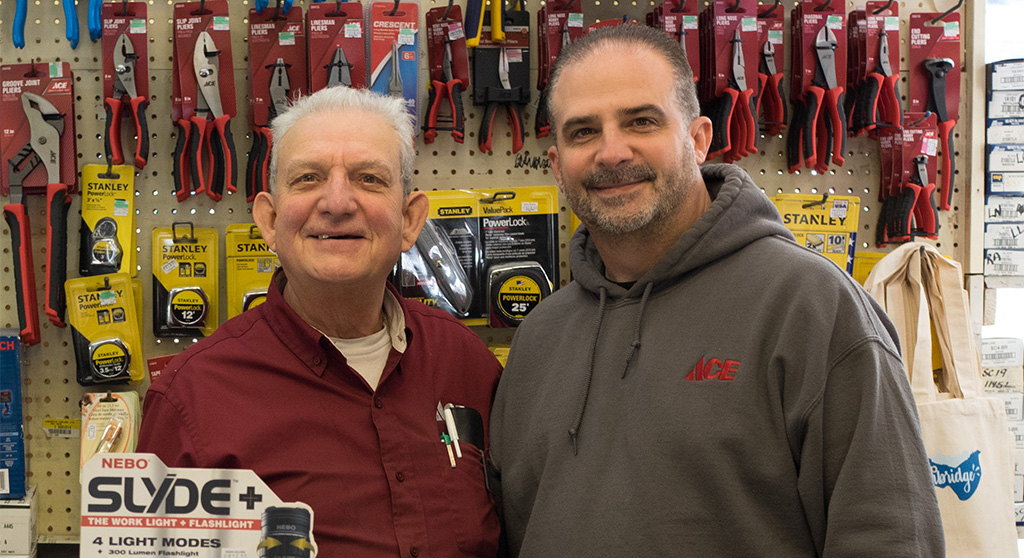 What keeps a family business in Cambridge going for 46 years? That’s how long Inman Square Hardware, near the intersection of Cambridge and Hampshire streets, has been in business – since 1975, when Alvaro (Al) Pacheco bought the store with two associates.

As a young man making his way to a new country – he was born in Portugal and returns there from time to time – Al Pacheco wasn’t sure if a hardware business was right for him, but he decided to give it a try. . Over time, his partners left to pursue other pursuits while Pacheco found he enjoyed working in the store.

Now 70 years old and still going strong, the founder is assisted by his son, Paul Pacheco. In early January, when asked to provide more information about the business, Al Pacheco suggested that his son would be the right person to speak to as “he’s more up to date”.

To date, Paul Pacheco has worked in the store for around 30 years. He discovered that he too enjoyed working in the hardware business. Other family members step in – Paul Pacheco’s sister takes care of the accounts, his nephew works upstairs and his daughter, a student, works part-time. Decades ago, Al Pacheco helped his late brother start Stoughton Hardware. The hardware almost seems to be part of the family genes.

According to Paul Pacheco, who was interviewed in the store, the most important key to longevity is dedication to customer service: being friendly, polite and knowledgeable. Many customers simply come with questions. “Listen to them,” he said. “If you provide good customer service and you have a thorough selection of material that people remember, they’re like, ‘I know I can find it there,’ and then hopefully they’ll come back.”

Al Pacheco is exceptionally cheerful and friendly, often whistling when not talking with people. “Hello, how can we help you?” It’s good to live in the neighborhood, ”he said at the entrance of a customer. “Happy New Year. The sun is shining, the birds are singing,” he said to another. “Okay, my friend, something else for you?” When asked if his father was always like that Paul Pacheco replied, “All the time. What you see is what you get: at home, at parties, here. His personality is fantastic. People come in and they tell us.”

Conversely, the attitudes of the customers themselves are key to staying in business that long. In his experience, “this community stays with local businesses instead of supporting the big box stores. That’s a big part of why we stay in business: community. Despite the prevalence of internet shopping, most customers still prefer to buy hardware in person, he said.

Inman Square Hardware’s customer community includes contractors, property management companies, landlords or tenants, and the City of Cambridge itself. The city’s building maintenance department is part of the commercial base which accounts for approximately 60% of the store’s business.

The keys to success

Hardware stores that guarantee to purchase a certain amount of merchandise each year can buy from Ace Hardware, and Ace is the store’s main supplier – but Inman Square Hardware is not a franchise, or large enough to be licensed. to advertise using the Ace Network. Although its inventory is not as extensive as some other hardware stores, such as Tag’s in Porter Square, Inman Square Hardware takes advantage of every inch of available space to provide a wide selection of products, as well as services such as manufacturing and replacement of keys. broken glass.

Timing can also be critical, and decades ago Al Pacheco purchased the 1922 building that houses the store. “I don’t think we would be here today if he hadn’t bought the building,” his son said. “We would have been priceless at some point; you see it more and more. Al Pacheco also expanded the store over the years, buying an old laundromat on one side in the 1980s and, in the 1990s, a smoking room on the other.

Flexibility in the face of change is another ingredient for success, and Cambridge is constantly evolving. As an indicator of change, the first small Legal Sea Foods restaurant was just around the corner from Inman Square in 1975. This place is now a clinic, while over the decades Legal has grown into a business empire serving millions of customers. . (He was forced to sell in December 2020, in what a news article called “a pandemic fire sale.”)

Of course, the pandemic has affected almost every business. The first six months of lockdown have been exceptionally busy at Inman Square Hardware. “People were at home and I saw that they were reinvesting some of their money in their house. They were doing all kinds of projects, anything to keep their sanity. People were planting; soil, pots, seeds… the kind of stuff we’ve never sold before,” said Paul Pacheco. “You have to cater to what people want and need.” The Pachecos have been lucky in the pandemic. “It’s kind of sad, because a lot of people and businesses were hurting, and we were being criticized.” But the surge was temporary and the volume is now about the same as before the pandemic.

At the same time, he added, “my dad is a bit old school, so he likes pen and paper.” The day may come when the store installs point-of-sale software at the cash register. Otherwise, no major changes are planned as this family business approaches 50 years of serving its neighborhood and the city.

Need financing and help with your business plan? Here's how to turn your idea into a start-up