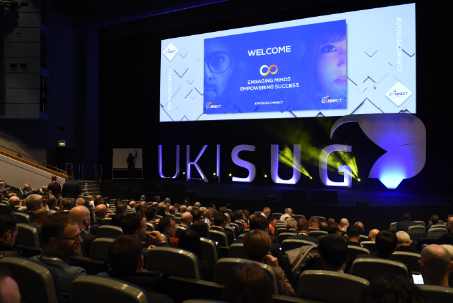 SAP user groups have a knack for finding themselves in the fray of the news. The last example? UKISUG, aka the SAP UK and Ireland user group, which released a lightning rod RISE Member Survey with SAP on the eve of their annual conference.

Personally, I don’t see anything controversial in the poll results. I see, however, data that is informative for SAP – and reinforces the necessary action items.

How did we end up in the controversy? Via sensationalist stories from other media, which picked out an unflattering stat or two without context, in order to present RISE with SAP as a failure. I believe the reality is much more complicated, and the conclusion premature. I believe this all points to an older, but still pressing challenge: creating an effective S / 4HANA business case.

But what does UKISUG think? Next week we will have the chance to find out directly from SAP users, with our own Derek du Preez in the field in Birmingham – participant UKISUG’s first annual conference since the start of the pandemic (At the time of this writing there is still time to register and attend Birmingham). For now, let’s start with a video call with Paul cooper, the president of UKISUG (Cooper is also responsible for IS at Burton’s Biscuits).

RISE with SAP – a central theme of UKISUG Connect

An unsurprising data point from the survey: There are still many questions about RISE with SAP. This led UKISUG to create a dedicated RISE track at the upcoming UKISUG Connect 2021 event. As Cooper told me:

We really wanted to have a client who was traveling. We will have a client there, Inchcape, who will come and share where they’re at. This has been the challenge for us over the past nine months with RISE: you still deal with the marketing elements of the launch, unlike what our members want to hear which is: what does that mean? How to sort the SI element?

Why did you decide to do it – and now we can start involving members on this journey. Sadly this is only one customer but as we now know there are quite a few on this UK trip. So we’re going to push that even harder for next year’s events. We have seen a good interest, in terms of education that we have done on RISE. I think SAP is a little upset with the statistics of, you know, 11% of organizations planning to use RISE. But like I said, we’re only nine months away.

I told Cooper: in my opinion, SAP is a lot less upset with UKISUG than with how a statistic can be viral and taken out of context. But let’s go to these statistics. On November 4, UKISUG shared data points from its member survey.

Highlights included statistic: One in ten organizations (11%) plan to use RISE with SAP. However, this statistic is clearly not a definitive estimate of the number of customers who will eventually use RISE. Why? Because the survey also revealed that a broad knowledge of RISE is not yet there. It is not yet clear to customers what they are evaluating. The survey found that only 44% were very or somewhat familiar with RISE, with 30% saying they had never heard of RISE with SAP. As Cooper said in the UKISUG press release:

Our results are very similar to recent research from ASUG and DSAG, in that they show that many organizations are still not too familiar with RISE with SAP, what is covered by the Single Contract and how it might help them. .

On the good news side for SAP, this survey indicates customers are familiar with RISE with SAP To do understand its core value proposition:

Among these organizations, the most frequently cited reasons for using RISE were speeding up their migration to S / 4HANA (25%), simplifying and accelerating their transition to the cloud (19%), reducing the number of contracts / suppliers with which they have to deal (19%) and the improvement of change management (17%).

Now consider the statistics of these not consider using RISE:

When respondents were asked why they were not considering using RISE, did not understand the benefits (18%), had not seen enough customer case studies (15%), did not migrate to the cloud (12%) and avoided vendor lockdown. -in (12%) were the most common responses.

Unlike viral media stories, I’m not sure the data is overwhelming for SAP RISE. The first two answers (advantages and use cases) can be used by SAP. The third, cloud skepticism, is a broader attitude that in most industries will continue to change. This leaves “avoiding vendor lock-in” as the one top answer that SAP really can’t do much about. However, as Cooper pointed out to me:

I’ve heard quite a few people talk about locking in the cloud. But if you go back to your big on-premise ERP system, you were locked in as much as you are today … I remember doing an article on foreclosure 20 years ago when I was doing my masters. I don’t think it’s any different looking at the market today – it’s just different sellers.

And what was Cooper’s overall reaction to the results of this year’s investigation?

I was pretty happy with the numbers, in terms of people who recognized RISE, thought about it and talked about it. I was worried that with the impacts of the pandemic and things like that, we wouldn’t see a lot of recognition for it.

RISE – answering the most compelling questions

One of the things I talked to SAP about is, we hope it’s not this year’s marketing ad, you know, it’s not this year’s Leonardo, and that they keep their efforts behind it. Because that’s what it takes to get it on people’s agendas. People are at different stages of their ownership and use product lifecycles, and therefore this may not be relevant for [all]. But like I said, we’re seeing a lot of interest.

Like you said, it’s easy to jump on a small number, but if you look at other things, people start to get familiar with it and understand it. And that’s what you need to get in this first wave.

We have one of the guys from SAP who is very RISE centric. He will be on stage to answer questions from some of our volunteers. We’ll be doing more events next year, and we’ve done some podcasts this year, with SAP. So there is certainly a good commitment from the side of SAP on this education.

Hopefully next year we can incorporate a bigger customer element, and that should be when people start to be able to hang on to messages – if they see someone who is in a similar situation to them. use it. They can begin to understand what the benefits are, where some issues may lie, around their other cloud investments and how they leverage them if they move.

As Cooper points out, a lot of customer questions with RISE come down to the basics: How will the contractual relationships be managed? What is the role of the IS? Cooper:

Things like SLAs have always been a challenge when dealing with big tech companies. It will be interesting to see what impact we see or not see, as the case may be, on your SLAs around SAP – and the underlying infrastructure.

As for the customer questions that SAP has yet to answer about RISE with SAP, I think Cooper’s quote from the survey announcement sums it up nicely:

It remains to be seen whether RISE can help customers build a strong case to move to S / 4HANA. Every customer situation is different, but many need a much clearer understanding of the business impact and how it affects existing cloud investments before they can make an informed decision.

I asked Cooper: What would constitute a successful show this year, given that we continue to move forward with events on the pitch?

I hope people will come away with a better understanding of the whole of RISE. There are a few other things we’re going to be doing during the event that we haven’t done before. We’re launching a change white paper around the cost of change … We’ve spent quite a bit of time over the last year, from a user group perspective, doing a little bit of homework. ‘soul-searching – looking at our strategy and where we are, as well as our vision and mission.

Reducing the diversity commitment is a result:

One of the things we emphasize: we haven’t organized any specific events to encourage and develop the engagement of our female members. We have the Chief Customer Officer of SAP in UK – she will speak. So we start to improve the overall diversity of what we take on stage. We have a good number of women in small groups, but the keynotes are always a little more difficult. So we’re starting to address some of those issues.

Cooper said he didn’t expect licensing to be such a hot topic this year (“this landscape is a little quieter than it was a couple of years ago.”) J I told Cooper: I’m not convinced SAP has worked it all out. This is an allusion to my article on how vendors should deliver licensing dashboards – also referenced in my conversation with SAP board member Scott Russell. With today’s technology, a software audit should never be a surprise. I also don’t think SAP has solved all of the data access and API pricing issues that go into digital access. But for now, this topic is simmering. SAP would do well, in my opinion, to keep it in the spotlight. For me, topics like removing licensing friction are central to any definition of customer success, at least in our industry.

Cooper also spoke about the value he finds in participating in SUGEN (an attempt to bring SAP user groups into a larger voice / organization). I haven’t heard much about SUGEN lately, but Cooper sees it as an advantage, especially comparing the issues between geographies, say from South America to Europe.

I was struck by Cooper’s stories of how UKISUG instituted wellness programs for their members during the pandemic, which included regular online meetings. Considering the strain we’ve all been under, it’s no surprise that these efforts received rave reviews from members, via a third-party survey:

We felt we were in a good place when we went out and did this [survey]. The guys who worked with us said, “You know some of the big brands that they work with would be very happy to receive the feedback we get from our larger network, not just the members.

It is a good foundation on which to build. Let’s see what we learn next week.

Reasons why a business needs an image converter