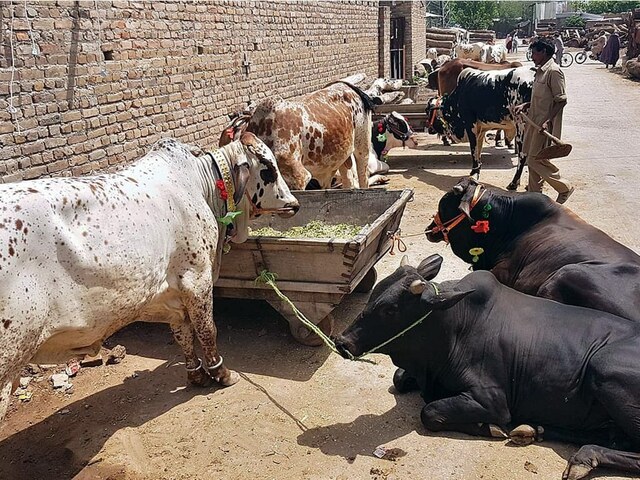 PESHAWAR: The Provincial Cabinet of Khyber Pakhtunkhwa has approved the Livestock Sector Development Strategy and Ten-Year Business Plan to achieve the KP 2018 Livestock Policy objectives, which envisage improving the efficiency and livestock production for the benefit of farmers and consumers.

After briefing the media on the decisions taken within the cabinet, KP CM Special Assistant for Information, Advocate Mohammad Ali Saif, said livestock sectors are one of the vital sectors responding the food security and subsistence needs of most people, especially those living. in the rural area of ​​the province.

The Livestock Sector Development Strategy and Plan emphasizes strengthening disease surveillance, monitoring, reporting and control mechanism through staff restructuring and capacity building as well as coordination with farmers and the private sector to encourage investment in this important sector, he informed.

The provincial cabinet, he said, also approved the new Fisheries Act 2021 to ensure the protection, preservation, conservation, regulation and management of fisheries and aquaculture biodiversity as well as to increase provincial revenue.

Advocate Saif further stated that the Cabinet also approved the establishment of a Project Development Facility (PDF) within the Department of Planning and Development as provided for in the Public Partnership Act 2020- (PPP) of Khyber Pakhtunkhwa with the aim of providing funds for carrying out feasibility studies and capacity building, supporting the appointment of consultants and experts, organizing investor promotion conferences and carrying out other activities that help accelerate the development of P3 projects in the province.

The PDF would include resources available through contributions from federal and provincial governments, government agencies, local or overseas development partners.

Chief Minister Khyber Pakhtunkhwa has directed relevant authorities to take necessary measures to fill all vacancies in public sectors in the newly merged districts as soon as possible to strengthen government offices and improve the quality of service delivery. services to the masses.

Advocate Saif said the Chief Minister also requested provincial ministers and administrative secretaries to monthly review the progress of work on ongoing development projects in their respective sectors and submit a report to him on the progress. use of funds. He further ordered that the development program, which has been included in the current ADP and has not yet been approved by the relevant forum, must be approved until June this year. He further ordered that the Department of Local Government and Rural Development make all TMA fire vehicles available to Rescue-1122 within one week as decided at the previous cabinet meeting. provincial.

SACM further stated that the cabinet approved the establishment of two new sub-tehsils, namely Ahmadzai Wazir and Utmanzai Wazir in Wazir sub-division, Bannu, for better facilitation of the public in terms of service delivery and effective management. The headquarters of the newly created sub-tehsils will be Domel and Bakka Khel respectively.

He further informed that the cabinet also approved the restructuring of the board of directors of Khyber Pakhtunkhwa Oil and Gas Company Limited with Khalid Majid, a sector expertise in oil and gas, power, minerals, banking and infrastructure as Chairman of the Boards of Directors while Ishaq Saqi, Dr. Muhammad Tahir Shah, Muhammad Yahya and Hifzur Rehman will serve as members.

The provincial secretaries of the Department of Energy and Power, Department of Finance, Department of Home and Tribal Affairs along with Chairman KPCCI and CEO Khyber Pakhtunkhwa Oil & Gas Company Limited will be members of the 10-member Board of Directors. administration by virtue of their functions.

The Cabinet, he said, has also approved compensation of Rs. 2.00 million for each household affected by the land acquisition of the 300 MW Balakot hydropower project. Payment of compensation will contribute to the timely completion of this vital project of national importance.

The cabinet also reviewed the progress of the development projects being implemented at a cost of Rs. 28.00 billion in the province which included schemes concerning road construction, water supply, health and education superior. The cabinet also gave conditional approval for the solarization of 2,000 mosques in the merged districts as well as mosques in the province.

The Business Case for Modernizing Higher Education IT Infrastructure