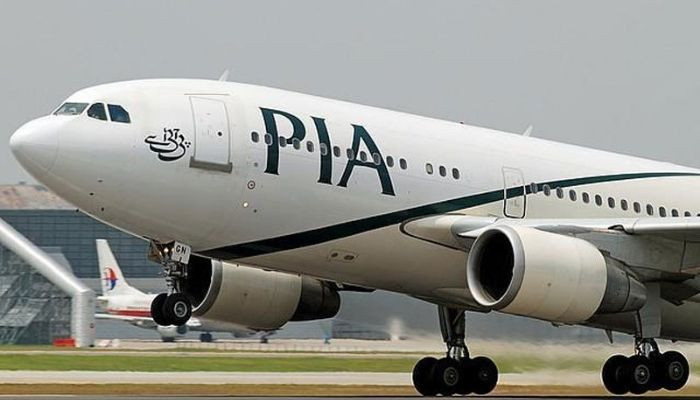 KARACHI: IATA Consultancy, an international aviation company, has presented a business plan for Pakistan International Airlines (PIA), which, if adopted, would see the loss-making state-owned airline break even by 2025 and generate 3.4% profit the following year.

On Tuesday, Finance and Revenue Minister Shaukat Tarin and Aviation Minister Ghulam Sarwar Khan were briefed on a comprehensive business plan covering the years 2022 to 2026.

The meeting was also attended by the Aviation Secretary, Finance Secretary, EAD Secretary, PIA Board and Members, PIA CEO and senior executives.

In the financial year 2020, PIA recorded a loss of Rs 34.6 billion. Experts say FY 2021 losses have increased significantly due to the pandemic and, more importantly, the chain of events following the fake pilot license controversy, which rendered Pakistani pilots unfit to fly to the United States and Europe.

The proposal was commissioned by the finance ministry last year in response to a study by Dr Ishrat Hussain, the prime minister’s former special adviser on state-owned enterprise reforms.

Dr. Ishrat’s study has also been referred to as an overall restructuring strategy for PIA to not only make it profitable but also turn it into a viable business unit focused on its core functions.

Officials at the head of the Ministry of Finance and the Planning Commission requested a business plan created by an international consultant for PIA because the proposal required financial restructuring worth hundreds of billions of rupees.

For this reason, the consulting services of IATA were employed and after a year they prepared a five-year business transformation plan, with the current year 2022 as the reference year and until in 2026.

Financial restructuring, independent decision making, corporate structure reorganization, restrictions on core business, financial discipline, HR streamlining cost control, destination review, fleet planning exercise and network expansion are included among the key points of the business plan, which increase the spread of the PIA network and the increase in the number of passengers.

By 2026, PIA’s fleet will have grown from 29 to 49 aircraft, with 16 widebody, 27 narrowbody and 6 turboprop aircraft. The fleet will be used to expand existing profitable routes in the UK, Saudi Arabia, the United Arab Emirates and the Gulf, as well as serving markets such as Baku, Hong Kong, Istanbul, Kuwait, Tehran, Urumqi and Singapore. .

As a result, PIA’s passenger numbers would increase from 5.2 million to 9.0 million per year, and revenues would increase to $1.7 billion per year by 2026. By 2025, these initiatives are expected to help carrier to break even. By the end of the program, PIA would be operating 581 return flights each week, up from 359 currently.

As GDP and traffic rebound, the propensity to travel is also expected to return, which is expected to return to 2019 levels by 2024. Domestic travel is expected to rebound faster than international traffic, according to IATA traffic forecasts collected by Oxford Economics, with both returning to 2019, 2022 and 2024 levels, respectively. As a result, PIA should favor the local market in the short and medium term.

The projection also takes into account global aviation opportunities and concerns, namely travel limitations related to the Covid-19 pandemic and reduced demand, as well as the country’s macro-environmental and economic challenges.

However, the plan is subject to a number of conditions, the most crucial of which is the willingness of the Pakistani government to restructure PIA’s debt, which exceeds the operational capacity of the airline.

It would also free up cash flow, allowing it to invest in product improvement projects that are crucial to the company’s long-term survival.

The strategy also calls on the government to ensure compliance with the National Aviation Policy, ensuring that Pakistani airlines enjoy a level playing field.

IATA believes that PIA can be operated under private management principles, including procurement processes.

It also implies that outside influence on corporate affairs should be limited and constant public scrutiny should be curtailed, as it not only hampers the vital obligations of leaders but also produces terrible public relations for the company. organization.

Tarin thanked the consultant for his detailed report. He stressed that PIA was the flag carrier of the country and should be a world-class carrier. He went on to say that the current government is committed to restoring PIA to its former glory and turning it into a profitable operating company.

In order to make PIA a thriving organization that can contribute to Pakistan’s economic development and serve communities at home and abroad, he also stressed the importance of focusing on the Pakistani diaspora, improving customer service and to consider the possibility of direct flights in the business plan. .