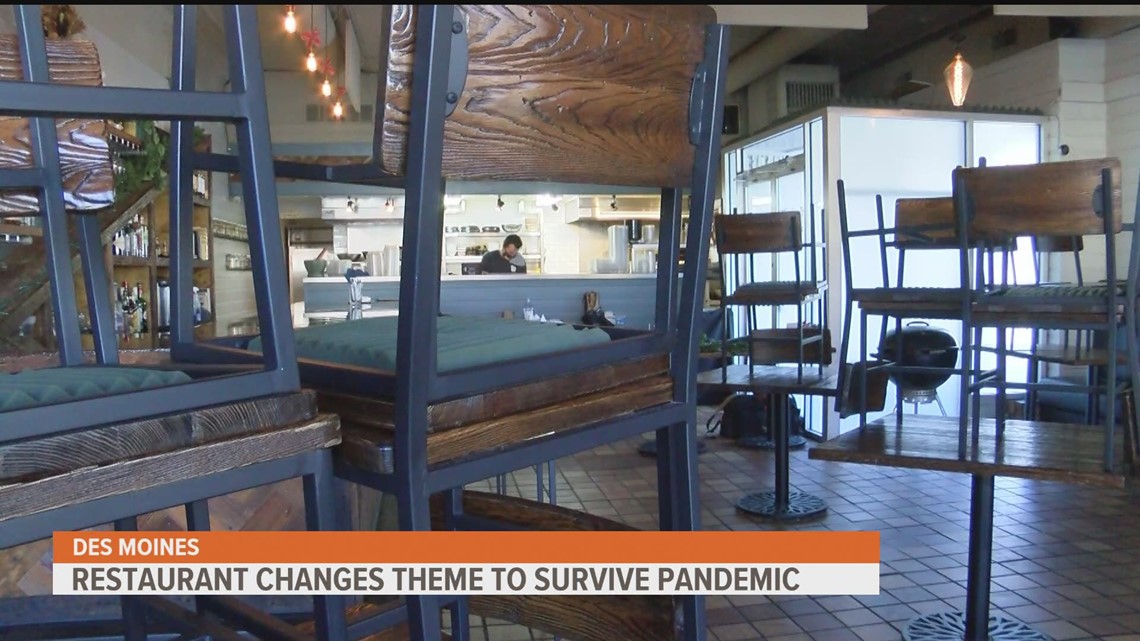 Joe Tripp, owner of the award-winning Harbinger restaurant, said to keep its doors open, he had to change the concept of the restaurant.

DES MOINES, Iowa – It has been a difficult year for business owners, especially when they have had to change their business, to survive the COVID-19 era.

Joe Tripp, owner of the award-winning Harbinger restaurant, said to keep its doors open, he had to change the concept of the restaurant.

Tripp said the decision to change direction in order to survive was an easy one.

But, he is shocked that the Korean style fried chicken restaurant is a success.

“Basic Bird has really grown up,” Tripp said. “It’s actually become its own business. We have t-shirts, graphic imagery, and we are working on signage.”

Tripp mentioned that once the pandemic is over, he hopes to keep Basic Bird operating, but in a new location.

He also hopes to bring back the gourmet aspect of Harbinger.

Owner Nancy Earll said that at the start of the pandemic she lost $ 35,000 due to close for weeks, but is now seeing increased sales.

She attributed the recent increase to her loyal customers and the goodies she sells.

“It’s comfort food, and at times like this, people look to food for comfort.” said Earl.

However, other places to eat are not as successful.

General manager Tracy Vannoni of Spaghetti Works, 40, said the restaurant was in trouble.

She noted that in-person meals were on the decline and to help sales, restaurant staff were pushing online take-out orders.

“Twenty percent, maybe, of our income is takeout,” Vannoni said.

She also added that with low sales, 20 percent of next to nothing is not helping.

Vannoni said restaurant staff had high hopes that Thanksgiving week would give them a boost in sales, but that did not happen.

So the inevitable happened.

“We just started firing people last week, we’ve really tried to keep everyone working,” Vannoni said. “And that is horrible.”

The general manager added that they are fighting and hopes the restaurant will get through this difficult time.