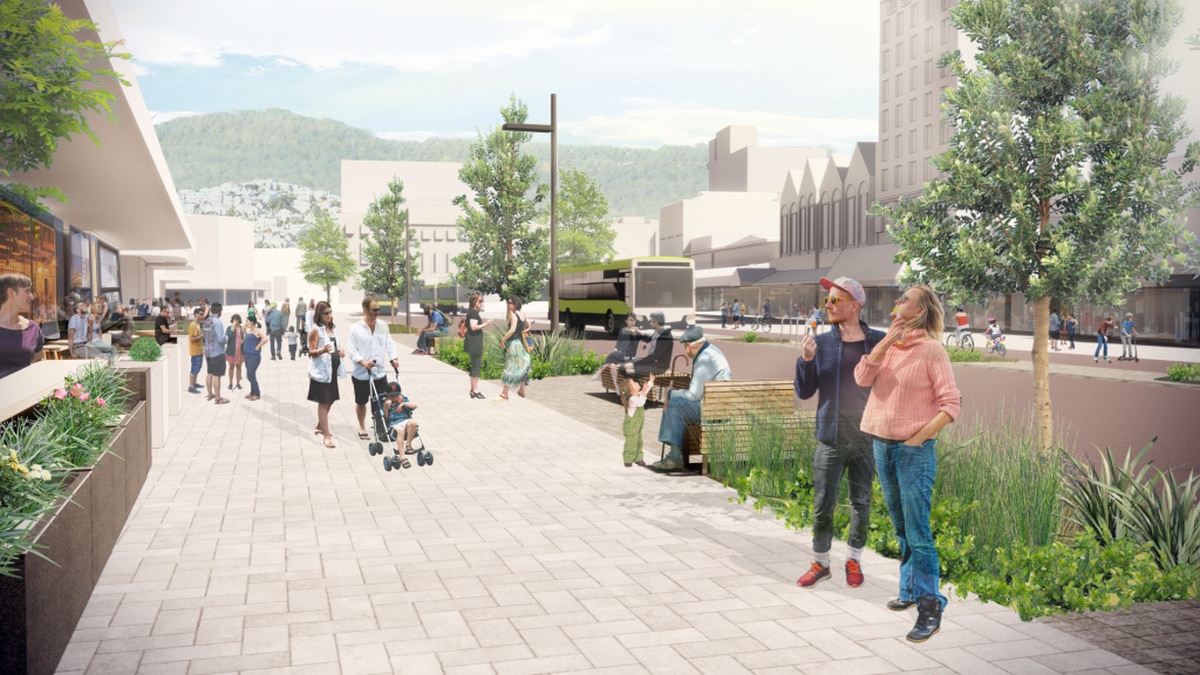 The proposed changes to the Golden Mile include the removal of private vehicles. Image / Supplied

Wellington City Council has approved a business case for removing cars from the Golden Mile, but not without controversy.

One councilor suggested the decision was “ruthless, disastrous and deadly”, while another said it was “on top” of the government trying to rule the city.

The Golden Mile business case is one of many in the $ 6.4 billion Let’s Get Wellington Moving transportation plan.

Private vehicles will be removed to give priority to pedestrians and buses will run on a single lane in both directions.

The approval of these preliminary designs by Wellington City Council and other Let’s Get Wellington Moving partners will free up funds to begin the more detailed design of the project.

At a town planning and environment committee today, city councilors voted in favor of the business case with 10 votes to 4.

Young said the change is taking time and the Golden Mile proposals should be phased in.

“The way to eat an elephant is to take it one bite at a time and instead we try to do it all at once.”

“These proposals send a clear message to businesses that Let’s Get Wellington Moving doesn’t care about them,” she said.

The only thing Young seemed to like about the proposal was removing the “horribly slippery red bricks” along the Golden Mile.

Calvert agreed that the transformation could be done bitwise, but not all at once.

She said the changes were not critical amid a global pandemic, a housing crisis and dire financial prospects for the council’s social housing arm.

Future changes could be made by the board without Let’s Get Wellington Moving, she said.

“I am above this government trying to run this city and tell us what we can and cannot do.”

Calvert called on the deputy mayor and mayor, who sit on the Let’s Get Wellington Moving governance reference group, to stand up for their city.

Councilor Tamatha Paul warned her colleagues against appearing ungrateful for the government’s investment in transportation.

“The only thing that will come to blow it to pieces and lose the public’s trust in this project is that we will lose it and it will be given elsewhere.

“Destroying the project and the people who work on it does nothing for our city because we cannot continue as we are.”

Councilor Jenny Condie thanked Calvert for a “preview” of the election campaign ahead of next year’s local elections.

She said more people working from home meant retail and hospitality businesses couldn’t rely as much on commuters as they did on customers.

To replace those customers, the Golden Mile had to be turned into a destination, she said.

Increasingly, customers would also be residents as higher density housing was activated, she said.

“The Golden Mile will be part of their backyard.”

“We need to get out of the way and start making a difference. This meeting provides a glimpse of what has held Wellington back for many years – it’s a small minority making their voices heard and opposing and not not the way to go. “

Deputy Mayor Sarah Free said she and the mayor were standing up for the city by making the “exciting” changes.

She said customers would be delivered to the Golden Mile “in spades” via more public transport compared to the limited capacity of private vehicles.

Mayor Andy Foster said previous councils have too often put various decisions on the back burner.

“We have to make the city a place where people want to be.”