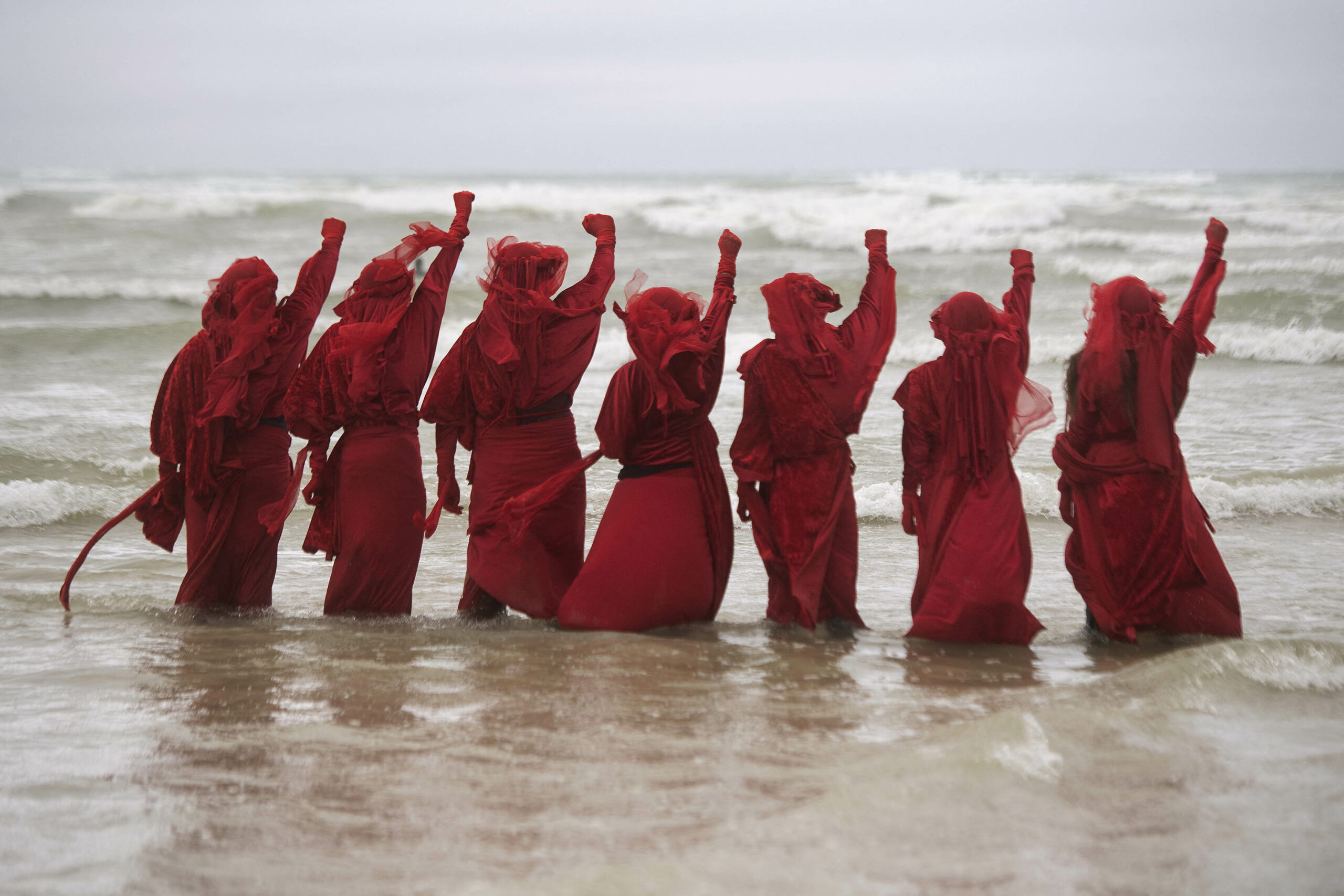 The court found that the proposed seismic survey was designed to exclude the concerns of local communities in the area. Given the rising global price of oil – and subsequent efforts to accelerate new oil and gas exploration and production to increase supply – integrating environmental, social and governance (ESG) into the process licensing and exploration is increasingly important.

Even before the Russia-Ukraine crisis and the resulting oil price shock, Shell attempted – for a time in South Africa – to explore for oil off the Wild Coast using seismic blasting. The company, like Searcher Seismic, has been sued by community groups demanding a ban.

An Africa of good governance To analyse from Shell’s original court judgment also revealed the critical importance of ESG performance. The High Court’s decision in 2021 to overturn the original judgment and bar Shell from continuing the seismic study highlights the growing importance of integrating ESG performance into corporate decision-making processes. This is particularly the case with regard to the recent agreements at the 26th Conference of the Parties (COP26) that South Africa entered into in pursuit of the global transition to a zero-carbon future.

What are environmental, social and governance criteria?

ESG performance speak to three factors that have historically been neglected in measuring the effects of firms. Typically, a company’s effect on the environment and the communities in which it operates is not considered in its financial reporting. Similarly, governance principles, such as extensive board-level oversight to ensure operational integrity, have been overlooked. A growing global movement is working hard to ensure that ESG performance becomes a key criterion for companies in all sectors to access responsible finance.

ESG factors have affected a range of industries; the extractive industry in particular presents deep and unique ESG risks that prove difficult to manage. However, the decision to stop Shell from continuing its seismic exploration study off the Wild Coast has shown that ESG matters significantly, as it will increasingly become part of the external legal constraints to which companies are subject. . For this reason, and because ESG has inherent business sense, it must be taken seriously in corporate decision-making processes.

The Shell judgment is part of a series of important judgments both at home and abroad, such as the judgment Xolobeni case in the Eastern Cape in South Africa and Okpabi case in the Niger Delta in Nigeria. In the Xolobeni case, an Australian mining company, Mineral Commodities Ltd, expressed interest in mining titanium ore and other heavy minerals. The community of Xolobeni has resisted proposed mining activities for nearly 15 years and the Pretoria High Court ruled in September 2020 that communities have a right to see license applications and must be carefully consulted in the process.

This judgment showed that the interests of mining companies and communities must be properly weighed. More importantly, it decided that all interested and affected parties should be included in the consultation process, which must be conducted in a transparent and fair manner. It should not be negotiable that information about mining projects that affect communities should be accessible and shared for public interest and knowledge.

In the Okpabi casemore than 40,000 Nigerian citizens from two affected areas in the Niger Delta have filed a lawsuit against Royal Dutch Shell (RDS) and one of its Nigerian subsidiaries (Shell Petroleum Development Company of Nigeria) over oil spills and pollution pipelines operated by the subsidiary.

This case was taken to the UK Supreme Court to hold the parent company, RDS, directly responsible and accountable for the actions of its subsidiary in the Niger Delta. The effect of oil spills and water pollution has caused significant environmental damage that has made the water unsafe for drinking, fishing, agriculture and recreation.

To this end, the UK Supreme Court has ruled that RDS, as the parent company, owes a duty of care to Nigerian citizens in relation to environmental damage and human rights abuses by its subsidiary. Nigerian. Due to the scale of the environmental damage, RDS was ordered to pay an undisclosed amount to farmers who claimed the oil spills ruined their livelihoods.

This highlights the real risk of financial loss due to inadequate implementation of policies, procedures and due diligence that should be carried out in their international operations. Therefore, companies need more active corporate governance and effectively monitored and reported internal due diligence. By taking ESG performance seriously, these material risks can be managed and mitigated.

The Xolobeni and Okpabi cases show the importance that ESG factors are beginning to gain in the regulatory and risk space. The growing convergence between ESG criteria and legal frameworks shows that there is a business case for ESG integration. This view, of course, is subject to dispute.

Robert Armstrong of FinancialTimesa long-time ESG skeptic, has warned that ESG will simply become a new type of corporate greenwashing in which companies are rewarded for their intention rather than their action, and will even be subverted as a way to avoid regulation. For ESG to align with legislation, clear regulations regarding ESG risk disclosure need to be developed. These must guarantee transparency and good corporate governance and clearly set the rules of the game for all players.

Tariq Fancy has similarly criticized the idea of ​​ESG ESG performance and investment. He essentially argues that ESG without legislation that creates clear boundaries for what can be accepted as ESG performance is a dangerous distraction from the real issues and a major risk to the current economic system.

The current economic and global accounting system, however, has inadvertently allowed corporations to offload negative externalities – the discrepancy between private returns and social costs – onto communities and ecosystems that can least afford them. It has also, in the process, caused significant levels of inequality and driven climate change. ESG requirements – properly legislated – provide the opportunity to internalize these costs and manage risks, an essential objective if we are to maintain the stability of the system.

The outcome of the Shell case and its background reveal some of the tensions between oil and mining exploration companies, environmental groups, communities and policy makers. Some also argue that the mining exploration prevention entails a major economic cost that developing countries cannot afford.

This is consistent with recent comments by South African Mines and Energy Minister Gwede Mantashe, who suggested that the protests by environmental groups are akin to apartheid and colonialism. Similarly, Nigerian Vice President Yemi Osinbajo argued that fossil fuel divestment campaigns are illusory. Nnimmo Bassey and Anabela Lemos have responded with a significant critique of Osinbajo’s arguments which also have much to say to Mantashe.

In developing countries, access to cheap and consistent sources of fuel is considered essential for economic growth. As a result, it may seem unfair that these countries are forced to halt their development to solve a climate crisis to which they are only minor contributors. Potential oil exploration off the Wild Coast could potentially remove the country’s dependence on fuel imports and boost the struggling economy, if said oil were available at a sufficiently low marginal cost of production and South Africa could adequately process it into refined fuel.

Likewise, mineral sands exploration at Xolobeni could potentially boost the local and national economy, much needed in South Africa, a country suffering from severe unemployment and poverty. However, the negative externalities of exploration and production must be considered – from pollution and damage to ecosystems to health consequences for miners and their communities. Moreover, the opportunity costs of these investment decisions must be fully weighed against their tourism-related alternatives, which may prove less costly both environmentally and socially.

Communities, as stakeholders who will bear both the negative externalities (and positive spillovers where they exist) of natural resource extraction, must be part of the decision-making process. If a community such as Xolobeni has agreed that the value of ecotourism to the region is greater and more sustainable than sand mining and does not violate any of the country’s laws, they should be able to stand firm in their condemnations. , without fear of intimidation, cooptation and coercion.

ESG performance provides an opportunity for such consultation and inclusion of these communities in decision-making processes as well as reducing potential costs that could arise from litigation and fines.

These cases have shown that companies will need to take aerial risks at least as seriously as underground risks and genuinely consider all stakeholders when attempting to do business. Similarly, legislation will need to be increasingly clear on how ESG risks should be managed and communicated.

Busisipho Siyobi is the principal researcher of the natural resource governance program at Good Governance Africa and Vincent Obisie-Orlu is a researcher in the same program.

Who is Kathryn Burn and what is her business plan?