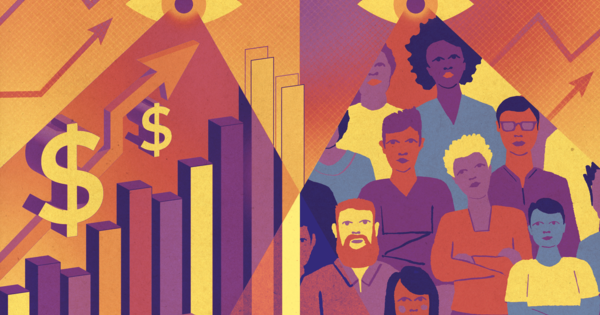 When Oriane Georgeac attended her first conference on management as a doctoral student, she noticed a curious trend. In sessions on diversity in the workplace, academics and practitioners argued that companies need more women in leadership and on boards because of their community-based, warm and ethics – and that such contributions would ultimately benefit the company.

Georgeac, whose background is in psychology, was surprised. In this field, the harmful consequences of stereotypes, including positive ones, are well known. So why have management scholars and advocates used gender stereotypes to promote gender diversity in organizations? Moreover, justifying the presence of women as a way to improve corporate performance â€“ rather than as part of its commitment to fairness and equality â€“ rubbed it the wrong way.

The argument that diversity is good for business, also known as the â€œbusiness caseâ€ for diversity, sounded like â€œconditional support,â€ says Georgeac, now an assistant professor of organizational behavior at Yale SOM. â€œThis argument suggests that you’re not really interested in gender diversity per se; you are only interested in it as a means to an end, which increases profits. Contrary to this instrumental rhetoric, the â€œfairness caseâ€ for diversity argues that diversity is the right thing to do, regardless of any corporate benefit. Georgeac and his co-author, Aneeta Rattan, an associate professor at the London Business School, wondered if others, and in particular members of underrepresented groups, would share their negative reaction to the business case.

First, Georgeac and Rattan sought to quantify the current prevalence of the argument in organizations. To do this, Georgeac and Rattan went to the websites of Fortune 500 companies and collected all the text these companies used to describe why they believe diversity is important. They then created a machine-learning algorithm to categorize each explanation as relating to either the business case or the equity analysis. The results were clear: about 80% of Fortune 500 companies used the business case, while less than 5% used the equity analysis (the rest did not provide a rationale for their commitment to the diversity). â€œWe found that the business case is indeed ubiquitous,â€ says Georgeac.

What are the consequences of these logics of diversity? And in particular, what are those of the business case, given its prevalence?

To investigate this, researchers conducted a study of 151 LGBTQ+ MBAs and business school alumni at a recruiting conference. Participants were asked to imagine they were looking for a job, found a potentially interesting job posting on a company’s website, and found a diversity statement on the site. Half of the participants were randomly assigned to read a business case for diversity, while the other half read a business case for equity instead. Then they answered a few questions to gauge how much they felt they would belong to this company and how attracted they were to it.

The results showed that compared to LGBTQ+ professionals who were randomly assigned to read the equity brief, those who read the business brief reported a significantly lower sense of belonging. And in turn, these lower feelings of belonging predicted lower interest in joining the company.

Georgeac and Rattan found similar negative reactions among women seeking employment in STEM (science, technology, engineering, and math) jobs, where women make up only 25% of the workforce, and among black American students, underrepresented in virtually every organization. After reading a business case (rather than a business case), STEM women and Black Americans anticipated significantly greater rejection (i.e., less belonging) in the organization, which at in turn dampened their interest in joining the organization.

Why would the business case undermine the sense of belonging of LGBTQ+ professionals, STEM women, and African Americans to a potential organization? â€œWhen members of underrepresented groups enter a new environment,â€ the authors state, â€œthey are alert to cues suggesting that they might be evaluated through the prism of their social identity (for example, as an engineer , rather than as an engineer).Since this is often accompanied by stereotyping and discrimination, such cues may raise concerns that they are less valued there.As a result, underrepresented job seekers begin to wonder if they would really belong in this environment.

This hypothesis was supported by two additional studies showing that women in STEM and black Americans faced with the business case (compared to a business case or a neutral diversity statement) were significantly more concerned about the possibility that the organization sees and judges them through the prism of their social identity â€“ what scholars call the â€œsocial identity threatâ€. They also reported feeling much more depersonalized, that is, feeling perceived by the organization as interchangeable with other members of their social group in terms of what they bring to the table. Finally, they consider that organizations’ commitment to diversity is less genuine. All of this, in turn, predicted a weaker sense of belonging to the organization making the business case.

An unexpected result was that hearing the equity case for diversity also increased social identity threat compared to a neutral diversity statement, but only about half of the business case. Moreover, notes Georgeac, the equity case did not increase feelings of depersonalization, nor undermine the organization’s claims of being committed to diversity.

â€œThis message is truly a wolf in sheep’s clothing. This sounds positive on the face of it, but its inherent instrumentality actually undermines organizations’ efforts to attract individuals from these underrepresented talent pools.

Taken together, these results suggest that the business case, while potentially well-intentioned, could backfire when it comes to attracting diverse candidates. “This message is truly a wolf in sheep’s clothing,” Georgeac says. “It sounds positive on the face of it, but its inherent instrumentality actually undermines organizations’ efforts to attract individuals from these underrepresented talent pools.”

She adds, “What this work allows us to recognize is that organizations’ explanations of why they care about diversity are important and can be harmful even when they seem superficially positive.”

How does the business case shape the perceptions of members of well-represented groups in their fields, such as men in STEM or white college students? The authors found that men in STEM did not respond differently to different cases. But in a study conducted after the murder of George Floyd, white students expressed feelings of threat after hearing the business case. â€œWith the prominence of race in post-Floyd public discourse,â€ the researchers write, â€œWhite Americans may also be concerned about the possibility that an organization might view and judge them through the lens of their race. “.

If the business case is alienating the very people companies hope to attract to increase diversity in their ranks (and perhaps also members of certain well-represented groups), how should companies change their message? “If companies feel compelled to give an explanation, the fairness case is much less prejudicial,” Georgeac said. â€œHowever, our results suggest that organizations should consider declaring their commitment to diversity as a matter of fact, which requires no justification, as it is an equally obvious value and essential to the purpose of organization than innovation and integrity.”

What do the authors plan to investigate next? â€œOne possible area for future research,â€ says Georgeac, â€œis to explore how workers from underrepresented groups are affected when diversity rhetoric and practices don’t match. For example, an organization may claim to care about fairness but in reality merely pretend to address the issue to boost its reputation. “The consequences of organizations’ diversity messaging can also be shaped by actual diversity practices, actual levels of representation, etc. As scientists, we look forward to further research.”